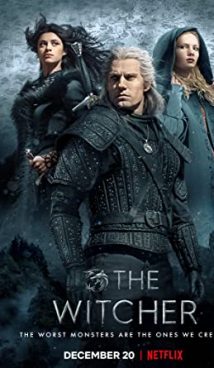 Geralt of Rivia (Henry Cavill) is a member of the mysterious Order of the Witchers. For many years, he’s been hunting monster when he finally finds himself in a centre of a whirl of activity which affects all the countries and people of the magic world. He will not only continue fighting against monsters, but also try to find and save Princess Cirilla, help a dragon, defeat the Kikimora, and meet his love, Yennefer the Sorceress.

An American-Polish fantasy television series based on the novels by Andrzej Sapkowski.

The second season was confirmed even before the release of the first one. But because of the coronavirus pandemic, it will be released no sooner than year 2021.

Most of the filming was done in Central Europe – Hungary, Poland and Slovakia – and many scenes were filmed in Canary Islands.