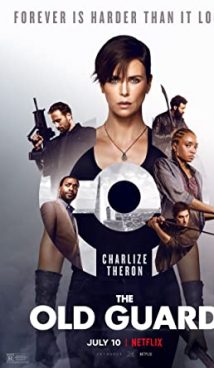 As in any respectable fantastic action movie, we find ourselves in the epicenter of the struggle between the good and the evil. This time, the good ones are a group of warriors who are not easy to kill. Their leader is Andromache of Scythia (Charlize Theron).

Andromache learns that a new immortal warrior has appeared somewhere and decides she needs her in her team. At the same time, a group of bad guys, led by Copley (Chiwetel Ejiofor), are trying to get the DNA of an immortal warrior by all means to create a new weapon.

This is an American-made fantastic action movie based on the graphic novel series of the same name.

The world premiere took place on July 10, 2020 on the Netflix streaming platform.