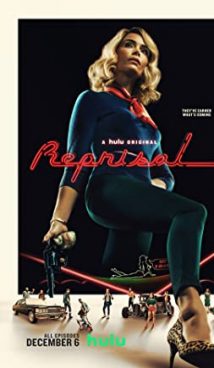 Katherine Harlow (Abigail Spencer), who miraculously survived an assassination attempt, wakes up as a different person. She changes her name, lifestyle, and lives as if nothing reminds her of the past. But the thirst for revenge thrives in the heart of the series’ heroine because it was her brother who almost killed Katherine. He is still the head of a criminal organization that deals drugs and racketeers. A woman hires a guy named Ethan (Mena Massoud), who is fleeing from his past, to infiltrate the gang led by Catherine’s brother Burt Harlow (Rory Cochrane). More and more people join the game, complicating the plan of revenge. Will Katherine be able to bring it to life, or will Burt avoid the reprisal?

The premiere of the first season took place on December 6, 2019 on Hulu.