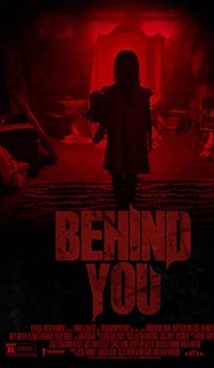 Olivia and Claire, two orphan sisters, are forced to move into the house of Beth, their aunt. Despite the fact that the girls are going through the death of their mother, Beth is not shy about showing her difficult temper. Olivia and Claire in their new life are faced with a lot of restrictions, among which the main prohibition is the house basement. Beth strictly forbade opening the door leading down the stairs. Of course, curiosity prevails over fear, and the girls end up in this restricted area where they hear the voice of their dead mother. In fact, this demon is using a voice they are very familiar with – but how could orphan girls even imagine that?

Behind You is an American horror film. The world premiere took place on April 17, 2020.