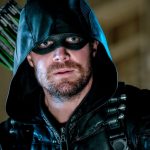 While MCU fans have been mourning Iron Man’s death since 2019, Arrowverse fans are mourning the death of Oliver Queen aka Green Arrow, the bow-and-arrow wielding vigilante played by Stephen Amell in eight seasons of the breakout hit CW show Arrow. Although Oliver died at the end of the show, Amell recently revealed to Michael Rosenbaum that he felt The CW’s ArrowVerse needs him now more than ever, and he is more than willing to answer the call.

“I called Greg [Berlanti] up and said just that. I said, ‘Look, I hope this doesn’t happen, but if everything goes to shit and you guys can’t get actors up here because of issues about mostly American actors crossing into Canada, and if things can’t be figured out, here’s the deal man. I’m here and if I have to stay here, I want to work. If I’m going to work, let’s just figure out a way to bring Oliver back from the dead.'”

The CW shows that fall under the banner of the Arrowverse are currently facing huge problems due to the lockdown, and the imposition of new quarantine rules for any actors traveling between the US and Canada, which is where most of the Arrowverse shows are filmed. According to Stephen Amell, Berlanti was not sure if the actor was being serious about his offer.

While Amell’s take on Green Arrow was lauded for being realistic and gritty, his final stand against the forces of darkness was every bit as epic as Tony Stark against Thanos. Oliver’s story ended with the Crisis on Infinite Earths multi-episode epic that spanned Arrow, The Flash, Supergirl, Legends of Tomorrow, Black Lightning, and Batwoman.

Based on the comic series of the same name, the story saw Oliver and the rest of the CW superheroes working to defeat the Anti-Matter and stop his anti-matter wave from destroying the entire multiverse. Befitting his role as the father of the Arrowverse, it was Oliver who combined the Spectre’s power with the Book of Destiny to reboot the multiverse, giving his life up in the process.

The series finale of Arrow, set in 2040, saw Felicity meeting Oliver in the afterlife, who tells her that he has finally found peace. A hero’s death, and a promise of a peaceful afterlife. Sounds like the perfect ending for Oliver Queen, and it is difficult to imagine how writers could justify bringing the character back at this point.

Although Arrow has ended, its characters will continue to show up in the planned spin-off Green Arrow & The Canaries, which will see Oliver Queen’s daughter taking up the mantle of Green Arrow. Unfortunately, updates from the producers about the show getting greenlit are noticeably vague, and fans are afraid the series ultimately might not get picked up by the CW.