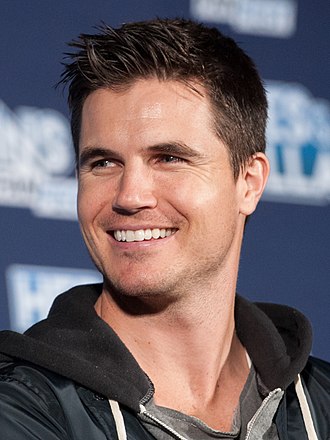 Robert Patrick Amell IV is a Canadian-American actor and producer. He is best-known for his roles as Stephen Jameson on The CW series The Tomorrow People, Ronnie Raymond/Firestorm on The CW series The Flash, Nathan Brown in the current Amazon series Upload, Fred Jones in the films Scooby-Doo! The Mystery Begins and Scooby-Doo! Curse of the Lake Monster, The Hunters as Paxton Flynn, The DUFF as Wesley Rush, The Babysitter as Max, and the science fiction film Code 8 as Connor Reed; the latter of which also starred his cousin Stephen Amell. He also appeared on television shows such as Life with Derek, True Jackson, VP, Unnatural History, and Revenge.